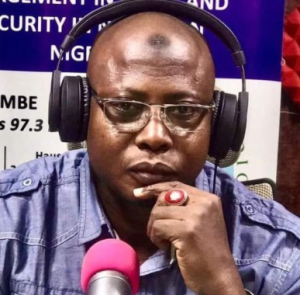 A journalist with Progress FM, a private radio station in Gombe, Abdulkadir Shehu, has revealed why he returned the $3,000 dollars he found along the road to its owner.

Speaking with NAN in Gombe on Monday, that it would be wrong for him to claim the money, adding that as at the time he returned the money, he had less than N2000 on him.

He said: “I was really in dire need of money at the time because I had received a call from Kano that my son was sick and needed to be tested for kidney and liver diseases at the hospital.

“They couldn’t go ahead with the test because there was no money. My son is still under medical supervision, but I will try to get the N35,000 for the test on Tuesday,” he said.

Shehu stressed that poverty should not be an excuse for anyone to do what is wrong, adding that a person’s honesty is better tested when faced with challenges.

The journalist stated that he never thought of using the money for his personal needs, “because it was not mine.’

He said, “If I touch the money, Allah will Judge me; in Islam, the Messenger of Allah, may Allah bless him and grant him peace, told us that whoever finds a missing thing in the city, must seek its owner for a year.’’

On how he found the money, Shehu said: “I was going to the office on Wednesday from my house around 7am when I saw an envelope on the road, I opened it and discovered some currencies in US dollars. I put the envelope inside my bag and when I got to the office, I counted the content which was 3,000 dollars.

“So I began to announce on the radio that whoever lost money along so so area, the money has been found and should call a particular mobile number. The owner called, crying profusely, described the location he lost the money, what the money was rapped with, the total amount, and so on. So I handed over the money to him after a satisfactory explanation.”

Why I Want To Buy Arsenal – Spotify Owner, Daniel Ek