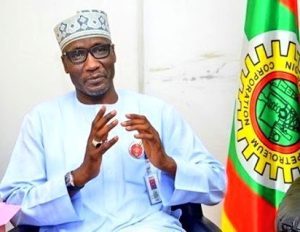 The Nigerian National Petroleum Corporation (NNPC) has denied reports that it is broke, saying that its financial performance is nothing to be worried about.

In a statement on Friday by its Group General Manager, Public Affairs Division, Kennie Obateru, said the zero revenue projection for May pertains only to the federation revenue stream it manages and not a reflection of its overall financial performance.

Recall that the NNPC had in a letter to the Accountant-General of the Federation said that its projected monthly remittance to the federation accounts allocation committee (FAAC) for May will be zero.

In the letter, NNPC said N111.96 billion will be deducted from April 2021 oil and gas proceeds — due to the federation in May — noting that the deduction is necessary to ensure the continuous supply of petroleum products to the nation and guarantee energy security.

However, Obateru said the corporation noted that the letter has fueled reports insinuating that it was in financial straits as well as claims of impending revenue shortfalls with dire consequences for the various tiers of government.

Obateru said the shortfall will be remedied by the corporation as it relates only to the Federation revenue stream being managed by the NNPC and does not reflect the overall financial performance of the Corporation.

Speaking further, the NNPC remains in positive financial trajectory for the period in question.”

He noted that the clarification became necessary to assure citizens that the NNPC remains conscious of its role and was doing everything possible to shore up revenues and support the federation at all times.

The NNPC pledged to continue to pursue and observe its cost optimization process with a view to maximizing remittances to the federation account.

NNPC Speaks On Increasing Petrol Price In May

Masari Reveals How Nigeria Can Overcome Its Challenges