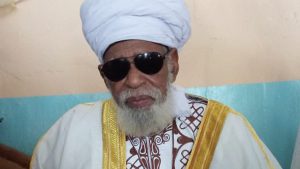 A prominent Kaduna based Islamic Scholar, Sheikh Dahiru Usman Bauchi has lamented that the security situation in Nigeria is worrisome, calling on the government at all levels to do more.

The Sheikh lamented that nobody feels safe again due to the alarming rate of cases of insecurity in all parts of the country.

Bauchi added that Nigerians are been treated like animals, urged elected officials at the federal, state and local government levels to wake up to their responsibilities and secure the nation.

He made the call when he hosted a Christian delegation led by a former Minister of Sports, Solomon Dalung and Pastor Yohana Buru at his Kaduna residence.

“What we expect from all the three levels of government, be it Federal, State and Local government, is to get us out of this problem because nobody is safe.

“The current state of the country is worrisome. We know the government is aware of what is happening in the country.

“The government must do the needful by protecting its citizens both Muslims and Christians from these criminal elements,” he said.

Meanwhile, a Naval checkpoint located near Enamel Ware Junction on Onitsha-Owerri Highway in Anambra State has been attacked by unknown gunmen.

The incident was confirmed to newsmen on Wednesday by the public relations officer of the Anambra Police Command, Tochukwu Ikenga.

The Polic spokesperson however failed to comment on the number of persons killed (if any) or injuries sustained during the attack.

He narrated that the Police sent a response team to the scene after a distress call was received on the attack and sporadic shootings in the area.

Davido Bitterly Laments Over The Situation Of Nigeria