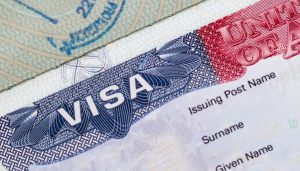 The United States government on Monday announced that it has imposed a visa ban on government officials causing unrest in the South of Cameroon.

This was made known in a statement by the U.S. Secretary of State, Antony Blinken.

According to Blinken, the travel restrictions was imposed on officials hindering the peace of the Anglophone regions in Cameroon.

The US official stated that  the travel ban reflects his country’s commitment to ending the lingering violence in the region.

“The United States is committed to ending the continuing violence in Cameroon and to supporting the Cameroonian people.

“Starting today, we are imposing visa restrictions on those involved in undermining peace in the Anglophone regions of Cameroon,” Blinken said.

The English speaking regions of Cameroon have been experiencing crisis when Anglophone Cameroonians took to the streets in the South to protest the domination of French in their courts and schools.

The situation however escalated in 2017, when Julius Tabe-led secessionist groups, in an attempt to liberate the Southern Cameroon region declared the independence of Ambazonia, which resulted in a crisis that has claimed over 3,000 lives with several other persons displaced.

US, UK, Canada Asked To Impose Visa Ban On 34 Nigeria State Govs, Others

Atiku, Fayose, El-Rufai And Other Politicians Who Have Defiled Nigerian Government’s Twitter Ban