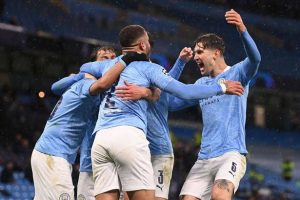 Naija News understands that City ended the France side hope of lifting the coveted trophy with a 2-0 win, sacking the league 1 club on 4-1 aggregate.