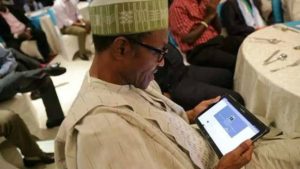 The United Nations (UN) has told the administration of President Muhammadu Buhari that its directive on the Twitter ban is a restriction of the right of citizens to freedom of expression.

This is as the UN expressed concerns about the federal government’s directive.

It will be recalled that the federal government in a statement by the Minister of Information, Lai Mohammed had on June 4, announced the indefinite suspension of Twitter operations in Nigeria because it said the social media platform is undermining the nation’s sovereignty and security by its activities.

The suspension came on the heels of Twitter’s decision to remove a tweet by President Buhari which made reference to the 1967 genocide during the country’s civil war which the social media giant said contravenes its rules.

“We are concerned by Nigeria’s #TwitterBan which followed a decision by Twitter to remove a Presidential tweet. Sweeping bans that intentionally prevent or disrupt access to, or dissemination of, information online severely restrict the right to freedom of expression,” it said.

Meanwhile, Governor Samuel Ortom of Benue State has accused the federal government of using the Twitter ban to divert Nigerians attention from its failures to tackle insecurity.

Samuel Ortom said the ban is a suppression of the fundamental rights of Nigerians.

According to the governor, the government’s action is a gag on social media.

Twitter Ban: Bishop Oyedepo Tells Nigerians What To Do

US Govt Warns Buhari Administration On Twitter Ban In Nigeria