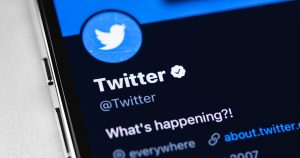 Nollywood actor Femi Branch has taken to social media to slam- shade his colleague Yemi Solade over his recent comments on the suspension of Twitter in the country.

Naija News recalls that Yemi applauded the government’s suspension of the social media platform, Twitter insisting that it insulted the country’s president and large the citizens of the most populous black nation in Africa.

Femi said he didn’t want to comment on the Twitter saga, but he felt the need to air his opinion after hearing comments.

The 51-year-old actor via a video shared on his Instagram page, bared his mind.

He said; “I just want to express myself on the whole Twitter ban, I said I was not going to say anything, but after hearing the comment of someone I don’t want to mention the name, I feel compelled to say something, very quickly, there is nothing good about the Twitter ban,” he said.

“It is only those that are working for or supporting the government that will see nothing wrong with the action of the government. We all know the role Twitter plays in our life as people, especially young people. In terms of job and expressing themselves.

“It is only someone who is not progressive that will say the ban is a good thing, and Twitter has helped to save a life when things are happening in some extreme parts of the country, passing information that can save lives, helps in creating awareness.

“It is not good for the country and the image. Trump was removed from Twitter, but he didn’t ban Twitter, if you are a private individual and you see nothing wrong with the Twitter ban, I think you need to examine your brain.”

Rapper Ruggedman Tackles Adamu Garba Over Statement On Twitter Ban, Warns Him Not To Be Heartless

Conor Benn knocks out Samuel Vargas in first round to make big statement to welterweight division, calls out Amir Khan

Conor Benn knocks out Samuel Vargas in first round to make big statement in welterweight division, calls out Amir Khan and tipped to beat Adrien Broner and Shawn Porter