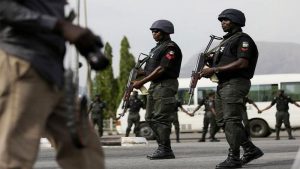 One Bukola Ayeni in Osun State has accused a pastor of playing part in her child’s disappearance.

Interacting with news reporters at Osogbo, the state capital on Tuesday, Ayeni alleged that her daughter, Mariam Rauf had been sleeping at a church headed by one Pastor Ola John.

The resident of the Oke Baale area revealed that her teenage child was last seen on Monday, March 29, after she left home for school. Naija News reports that Ayeni cried out and urged security agencies to investigate the mystery behind the sudden disappearance of her child.

She alleged that the cleric who had taken custody of her daughter since 2019 to cure her of bedwetting had shown no concern since the girl went missing.

Speaking on how she handed the teenager to Pastor John, Ayeni said: “After I had narrated the situation to Pastor John, he advised me to allow her to be sleeping in the church.”

“Early this year, my husband suggested Mariam return home. On two occasions, my daughter suddenly went into trance. That development made us to send her back to church.”

She explained further that since the girl went missing, nothing serious was heard about the matter. Ayeni said Pastor John had told them that he made several efforts to locate the teenager but that she got informed by one of her friends that Mariam was somewhere in the South-East selling herbal products.

In another news, one Kayode Adeniyi has been arrested in Ogun State for raping a minor, including his three underaged children, Naija News reports.