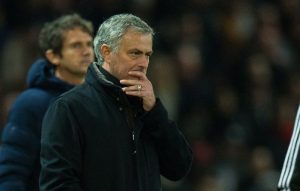 Former Tottenham Hotspur manager, Jose Mourinho, surprised football fans on Tuesday after Serie A side, AS Roma announced him as the club’s new manager.

The club thereafter disclosed that Portuguese coach, Paulo Fonseca, would be leaving the club at the end of the season.

Recall that English Premier League side, Tottenham last month relieved Mourinho of his duty after 17-months in charge of the club.

Roma will be Mourinho’s tenth club, and the second in Italy, after leading Inter to successive league titles in his two campaigns at the league and the Champions League title in 2010.

Mourinho has a lot to put in place at the club with Roma currently standing at seventh place in the Serie A and nine points off the top six, ahead of the 2021/22 football season.

The ‘special one’ will be reunited with former players such as Pedro, Chris Smalling and Henrikh Mkhitaryan, but he’ll also be looking to add his prefered players next summer transfer window.

Here are five players that Mourinho may sign in the next transfer market.