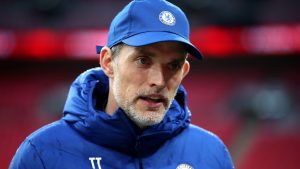 German coach, Thomas Tuchel has extended his stay at Chelsea with another three-year contract deal.

The 47-year-old manager has just spent his first five months in Chelsea after joining in January and was able to lead the Blues top 4 in the EPL and a win in the European club football’s biggest prize.

“I cannot imagine a better occasion for a contract renewal. I am grateful for the experience and very happy to stay part of the Chelsea family,” said Tuchel while speaking with the club’s media.

Chelsea director Marina Granovskaia added: “When Thomas joined us in January there was still so much to play for domestically and in Europe. He slotted in seamlessly and immediately became an integral part of the Chelsea family.

“Returning us to the top four in the Premier League was crucial, and we could not be happier with our success in the Champions League which crowned a remarkable season at Chelsea.

“We are obviously extremely pleased therefore to retain Thomas for a further two years, and look forward to more achievements in the coming seasons.”

Meanwhile, Serie A champions Inter Milan have appointed Italian professional football manager, Simone Inzaghi as their new head coach.
Naija News recalls that Antonio Conte left Milan in May 2021 with a year left off his contract with the club, after leading Milan to win the Italian football league trophy weeks ago.

Milan, however, in a statement released on Thursday, Inzaghi as its new manager signed on a two-year deal. Inzaghi, the younger brother of former Juventus and AC Milan striker Filippo, left Lazio last week after a five-year spell in charge, turning down an offer of a contract extension to instead take up the challenge at Inter.