It’s Augusta folks and though there sadly won’t be any Tiger roars, the action will still be as gripping as ever between the world’s top golfers.

It might be the most prestigious individual event on the golfing calendar but we’re going to channel the spirit of golf’s most prestigious team event – the Ryder Cup – by looking at some of this year’s strongest green jacket candidates from first Europe, and then America.

The rest of the world hasn’t had a look-in over the past six years at Augusta, with America and Europe hogging all six winners.

And though America edge that count 4-2, Europe’s best have had chances to swing it the other way over the last couple of years and add to Danny Willett and Sergio Garcia’s memorable triumphs in 2016 and 2017 respectively.

One of those was Jon Rahm, who ultimately finished ten shots behind eventual winner Dustin Johnson in 2020.

Rahm might have gone to Arizona State University and married an American, but he is Spanish through and through.

And having topped the golf world rankings in 2020, the powerful 26-year-old could be primed for an Augusta assault.

Tyrell Hatton is another European who has the game to tame the famous course.

While he hasn’t got a great record, missing the cut in 2020, Hatton is in the world’s top 10 and his ball striking and incredible short game certainly put him in the elite category.

If the right Tyrell turns up, puts last year’s round at Augusta behind him, he could be a contender.

How about Lee Westwood? Could he finally win himself a Major? At 48 years old, the big Englishman might not have many better chances than this year. Two runner- up placings at the Arnold Palmer Invitational and The Players last month have many dreaming of a European winner again in 2021.

Despite 2020 not going to plan, it’s hard to look past the extraordinary Bryson DeChambeau again when assessing where the home charge will come from.

‘The Scientist’ has redefined the game in recent times, not just with his muscle gain supersizing his driving distances, but also with his pioneering approach to iron play.

This has resulted in him taking up a position in the top echelons of the world game, and also perhaps more importantly it brought him his first major – the US Open at Winged Foot in September 2020.

All of which means he has the potential to shoot one of the lowest scores ever seen at Augusta – if he can keep track of where his tee-shots land!
Patrick Cantlay is a talented and consistent Californian who has the temperament to triumph at Augusta one day.

A win against a quality field at the Zozo Championship – had many tipping him in 2020 to make a run at the Green Jacket. Ultimately, he fell short with a bogey filled weekend.

Cantlay has history at Augusta, having led the field on the final day in 2019 before a poor finish hampered his chances. If he can keep clean at the weekend, he is long enough and his short game is top-level to come away with a win.

How about 2020 winner Dustin Johnson? He may be having a quiet 2021 so far but you can never count out the world number one. Talking of previous winners, Jordan Spieth has looked to have found his form again with a timely win in Texas last week.

Could the 2015 winner join last year’s champion in your team this year? 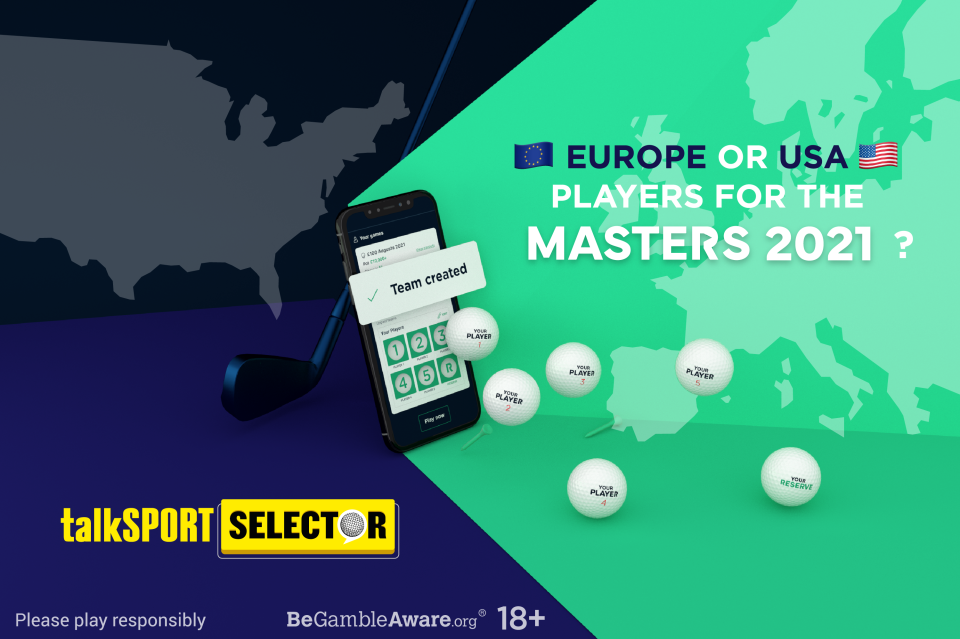 Covid passports are ‘really worth looking at’ talkSPORT told, as FA push for 45,000 fans at Wembley for latter stages of Euro 2020

Mikel Arteta’s tactics are ‘so negative’ as Arsenal have ‘no purpose’ in their attacking play, talkSPORT told

The Masters tee times: Schauffele, Rahm and McIlroy together while defending champion Johnson to play with Westwood and amateur Strafaci

Dustin Johnson available at 66/1 to win The Masters, Bryson DeChambeau and Jon Rahm at 100/1 with 888 Sport special

Why Patrick Cantlay may be the man to back at the Masters 2021 as Lee Westwood, Dustin Johnson and Bryson DeChambeau tipped to come up just short