Naija News reports that Igboho’s visit was to access the level of damage done during last weekend’s invasion of the town by suspected herdsmen and to also relate with the villagers.

Recall that over 11 people of the community were killed in the early hours of Sunday while several houses, including the Palace of Ashi of Igangan were burnt by the criminals.

In a now-viral video, Igboho entered the town in a convoy with many residents cheering.

He was spotted waving to people from a white Toyota Hilux while his supporters escorted him into the town with their motorbikes.

During the visit, it was learned Igboho also tried to comb the forests. 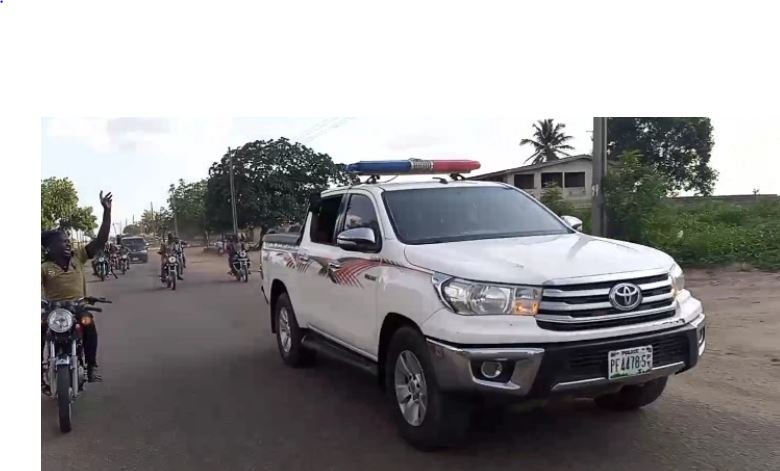 Sunday Igboho Warns Buhari, Reveals What He Plans To Do To Herdsmen