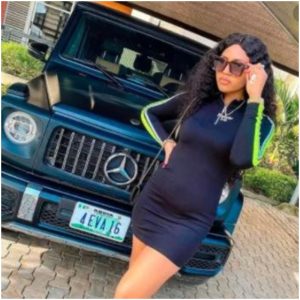 Nigerians on social media have reacted to Nollywood actress, Regina Daniel’s airtime balance of almost half a million.

This comes after the mother of one took to her instastories to share a screenshot of her airtime bank account (now deleted ). In the account, it could be seen that the young actress’s airtime balance was in six figures.

In the screenshot shared by the mother of one, showed she had an airtime of N471,552; (now subsequently deleted) also shows she has about 3 Terabyte of data