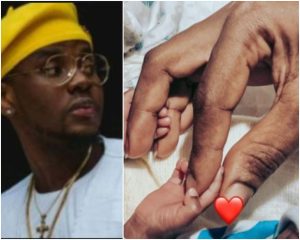 Congratulations are in order for Nigerian singer Kizz Daniel after he announced the birth of his twins on his 27th birthday.

According to the singer, Kizz Daniel, who battled and recently recovered from an unknown illness via his Instagram page, announced the birth of his twins, Jelani and Jalil as he also celebrates his 27th birthday today May 1, 2021

Sharing a close-up photo of him holding his sons’ hands, the singer wrote:

Reactions As Singer, Timi Dakolo Reveals The ‘Real Source’ Of His Wealth