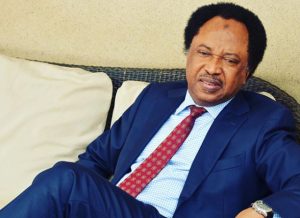 The former lawmaker representing Kaduna Central senatorial district, Shehu Sani, has called on government to ensure that abductors of students of Greenfield University, Kaduna State, do not kill them.

Naija News had earlier reported that the bandits vowed to kill the remaining 17 students if ransom is not paid.

Recall that the bandits abducted 22 students from the university campus on April 20.

The abductors within a week, killed five of the staudent as the state governor, Nasir Ahmad El-Rufai vowed not to negotiate with bandits.

Leader of the bandits who identified himself as Sani Idris Jalingo, while speaking in an interview on Hausa Service of Voice of America (VOA) said the remaining students would be killed if the government failed to meet their demand.

He requested for the sum of N100 million and 10 brand Honda motorcycles which he referred to as ‘Boko Haram’.

Sani while reacting to the development said, “The leader of the murderous Kaduna Bandits, Baleri who kidnapped the Greenfield Students gave tomorrow as the deadline for their lives.

“The clock ticks for the lives of these young Nigerians and for the honour of their avoidable tragedy needs no tears afterwards.”

Bandits Give Reason For Killing Students Of Greenfield Varsity