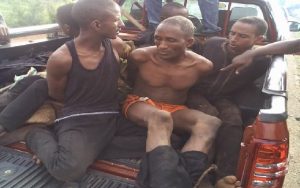 The suspects were said to be of Bororo Fulani ethnic group.

The arrests were confirmed in a statement yesterday by the commandant of the security network, Col Olayinka Olayanju (Retd) who added that the suspects have been handed over to the Police.

He alleged that the suspects pretend to be herdsmen during the day but mount illegal roadblocks in the night to rob unsuspecting members of the public of their valuables. 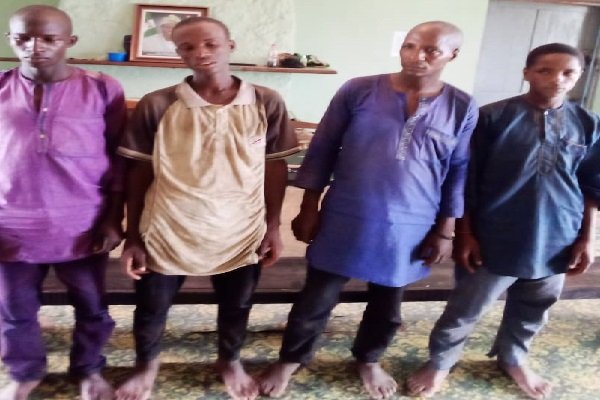 “They were arrested in separate incidents following encounters at two illegal roadblocks. They tried to escape from the scene but were given a hot chase. We are still on the trail of others who managed to escape.”

“They were arrested along Okeho-Ilua and Okeho-Iseyin Road about 4am on Thursday, 29 April 2021.” Olayanju said.

“In another development, five bandits were equally arrested in Saki East and handed over to the DPO in the area,” the commandant added.

The operatives from the Ibadan Zonal of the EFCC arrested the suspects at Adigbe, Oloke, Ibara Housing Estate Extension and Idi Ori areas of Abeokuta.

The EFCC Spokesman, Wilson Uwujaren in a statement on Thursday said they were arrested following actionable intelligence earlier received on their alleged criminal activities.

According to the EFCC, items recovered from them include eighteen cars, mobile phones, laptops and several incriminating documents.

He noted the suspects will soon be arraigned in court as soon as investigations are concluded.