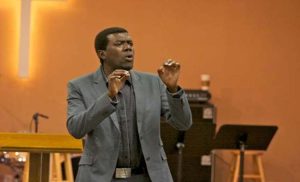 A former presidential aide, Reno Omokri, has reacted to the decision of President Muhammadu Buhari-led government to suspend indefinitely, the operations of the microblogging platform, Twitter in Nigeria.

Naija News had earlier reported that the Minister of Information and Culture, Lai Mohammed, on Friday disclosed the development in a statement released in Abuja.

Federal Government noted that the persistent use of the platform for activities that are capable of undermining Nigeria’s corporate existence is the reason for its action.

The Minister said the federal government has also directed the National Broadcasting Commission (NBC) to immediately commence the process of licensing all OTT and social media operations in Nigeria.

Reno in his reaction called on Twitter to ignore the decision of the Buhari government.

He further stated that the federal government does not have a mean to effect the suspension as members of the Buhari’s administration are still on Twitter.

The former presidential aide wrote, “The suspension of the activities of @Twitter in Nigeria by the @MBuhari administration should be ignored by @Jack. The Buhari government has no means to effect the suspension, and even members of the administration are still on Twitter.”

Why El-Rufai Is Angry With Jonathan – Reno Omokri

Despite Backlash, Reno Omokri Continues To Call Single Mothers Out