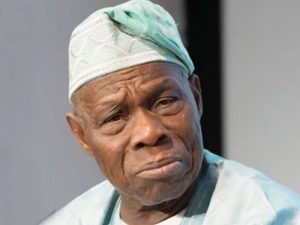 Naija News reports that this was made known in a statement by the former president’s media aide, Kehinde Akinyemi.

The former president was speaking on Tuesday when he played host to the new President of the National Union of Local Government Employees (NULGE), Comrade Akeem Olatunji Ambali, at his Olusegun Obasanjo Presidential Library Penthouse residence, Abeokuta.

According to Obasanjo, the rot started with the military heads who wanted to have local government councils in their respective areas,.

The former Military Head of State added that the political class also took the rot further with corruption.

The former president noted that the survival of the current state of local government administration in the country “is in the hand of God”, adding that the situation in the 774 local governments has been worsened as they could not even afford graders to make their roads motorable among other functions highlighted by the 1976 Local Government Reform.

Olusegun Obasanjo said the reform has been degraded by the states’ executives.

The former president urged the local government workers in the country to be prayerful for things to get better.

Why June 12 Election Was Annulled – Obasanjo