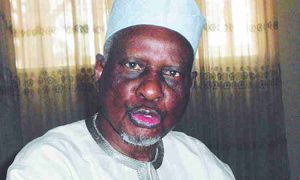 The Northern Elders Council has reacted to the allegation by the Presidency that some leaders were plotting to overthrow President Muhammadu Buhari.

In a statement on Tuesday by the presidential spokesman, Femi Adesina, the presidency had alleged that some disgruntled religious and past political leaders were behind the plans.

The presidency had vowed to deal with any group plotting to overthrow the Buhari-led federal government, saying it will not allow anyone to undermine the government and the nation’s sovereignty.

It said that any group making such plans will be dealt with even if some unruly feathers would be ruffled in the process.

He noted that It is not enough for the Presidency to embark on scaremongering by issuing statements on an alleged plan to overthrow the government.

Yakasai said, “It is not enough to embark on scaremongering by issuing statements on such a serious issue. We have yet to recover from the violent overthrow of the Tafawa Balewa -led first Republic by young military officers. I do not support any change of government other than that which comes through the ballot box.”

Northern Governors React To Killing Of 12 Soldiers In Benue