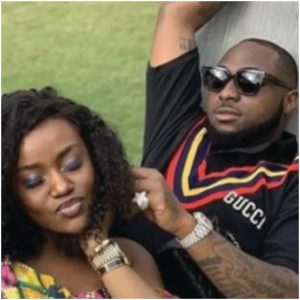 Nigerians on social media have reacted to Davido’s birthday message to his 4th babymama, Chioma, on her birthday yesterday.

This came after so much anticipation from fans. However, the message did not go down well with many who took to the microblogging platform to dragged the singer and serial baby, Davido for not keeping to his ‘Assurance love’

It would be recalled that Chioma Rowland, 4th baby mama to Nigerian singer, Davido turned 26 today and took to her social media to share stunning photos of herself and her son on her page.

Sharing a photo of Chioma and his son on his instastories, Davido confirmed his break up with , Chioma, captioning it; ‘All God’s blessings on your birthday today! Make it a great one! Mama IFY.@thechefchi.”

Idris wrote; ‘Chioma online inlaws are angry that Davido moved from chioma my lover to mama ify. That was quick.’

Davido Shocks Many As He Refuses To Celebrate His Ex-Fiancé, Chioma On Her 26th Birthday