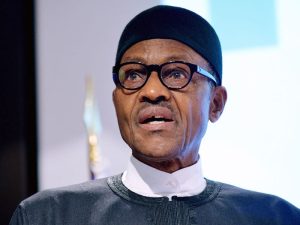 President Muhammadu Buhari has stated that Nigerians are “very forgetful” of the “achievements” of his administration in the last six years.

Speaking in an exclusive interview with NTA on Friday night, the president said those who want to criticize him should do it objectively.

Asked about the anti-graft fight of his government, Buhari said, “Nigerians, I think, are very forgetful. I am very pleased that the majority of Nigerians think that this administration, under the circumstance, are (sic) doing their (sic) best but people who misappropriated funds are elected members either at state or federal level.

“You can accuse them or try to prove that when they were elected members of the House of Reps and they are given ministries and so on, they had only one house and maybe a wife but now they have several houses may be in Abuja, maybe in Lagos, so, rarely, if you try to work out their legitimacy limit, viz-a-viz their expenditure, they will be exposed.”

He noted that there is a need for the establishment of specialised courts in the country to take over trial of corrupt politicians.

Speaking further, Buhari expressed joy that “majority of Nigerians” appreciate him and understand what he is doing for the country.

When asked what gives him joy looking back in the last six years, Buhari said, “No matter how reluctantly, major of Nigerians are understanding me and appreciating the efforts we are making because right from the get-go, we identified our problem, one security; two, economy and try to fight corruption, people getting something for nothing, we have to make sure that people earn their living and they defend it.”

Eedris Abdulkareem Was Once Desperate To Work For Buhari – Keyamo

Coup: You Were Elected To Work, Not Complain – Northern Elders Bomb Buhari