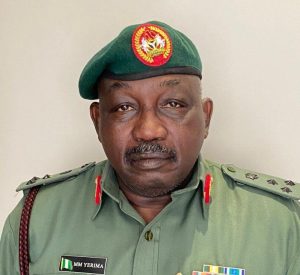 The Nigerian Army has denied a report that it deployed soldiers along ethnic and religious lines to get killed in the line of duty.

In a statement on Monday by its Director of Army Public Relations, Brig-Gen Mohammed Yerima, the Army was reacting to a report that the military is now using its deployment to kill Igbo and Christian personnel.

The news had alleged further that “two Igbo officers, Lt Col Okeke and Lt Col Ajah alongside 44 others, predominantly Southern and Middle Belt Christian officers, lost their lives in a conspiracy hatched by Fulani senior officers.”

But according to the Army’s spokesman, the claims were “illogical and pathetic narrative” and no such names existed in the military records.

Yerima said that “callous and cowardly enemies of Nigeria’s peace and unity” are the ones peddling that report and instigating the army against Nigerians.

He said, “For the umpteenth time, the callous and cowardly enemies of Nigeria’s peace and unity are at their worst moments of divisive and subversive rhetorics against the formidable sovereignty of our beloved nation and its patriotic Nigerian Army.

“The attention of the Nigerian Army has been drawn to an online publication. However, to put the record straight, it should be clear that the Nigerian Army does not train, deploy or operate along ethnic, religious, tribal or regional divides.

“The amateurish article presented in self-styled stages 1-9 in a fictitious movie-like scenario devoid of even the basic rudiments of a news report but yet laced with potent hatred and venom for Nigeria and its proud citizens. One cannot but forgive the illiterate writer of this article and his sponsors for referring to the Chief of Army Staff as Lt Gen Jega (Stage 1, paragraph 1).

“Similarly, on the alleged killing of some personnel, a quick check on the Nigerian Army personnel database returned negative for Lt Cols ND Okeke and Aja, as there are no names, matches currently in service of the Nigerian Army who was alleged to have been killed in a conspiracy whatever that means.

“The Nigerian Army also wishes to reiterate its commitment to the protection of our territorial integrity, defending lives and properties of all citizens and residents in Nigeria.”