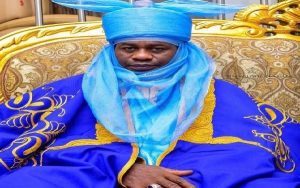 He made this known in a statement released on Wednesday by the Commissioner for Local Government, Community Development, and Chieftaincy Affairs, Mallam Abdulmalik Sarkin Daji.

Daji said the appointment of Gunna came following the death of the Emir of Kagara, Alhaji Salihu Tanko Kagara, on March 1st, 2021 after a protracted illness in Minna.

He said the appointment of the new Emir was backed by section 3 subsection (1) of the Chiefs (Appointment and Deposition) Law and Chapter 19 of the law of Niger state.

The commissioner added that the 46-year-old Gunna emerged after defeating five other contestants in an electoral college conducted by 14 kingmakers of the Kagara Emirate.

Others who contested for the royal seat include: Alhaji Muhammad Salihu Tanko, the son of the late Emir; Alhaji Garba Bako; Alhaji Aliyu Muhammad Kusherki and Alhaji Idris Aliyu Jibrin.