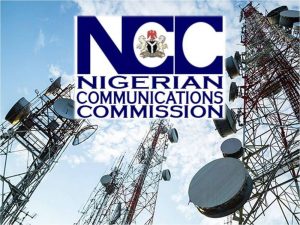 The Nigerian Communications Commission (NCC) has reacted to the directive issued by the Attorney General of the Federation, Abubakar Malami, on the prosecution of violators of Twitter ban in Nigeria.

Naija News reports that the Federal Government on Friday suspended the operations of the microblogging and social networking service in Nigeria.

Nigeria’s Minister of Information and Culture, Lai Mohammed, announced the suspension in a statement signed by his media aide, Segun Adeyemi.

He also directed the National Broadcasting Commission (NBC) to immediately commence the process of licensing all OTT and social media operations in Nigeria.

Also in a statement on Saturday, Malami had directed the Director of Public Prosecution to liaise with the Ministry of Communication and Digital Economy, the NCC, and other relevant government agencies to ensure the speedy prosecution of offenders without any further delay.

But in an interview on Monday, the spokesman of the NCC, Ikechukwu Adinde, said it is not the commission’s job to arrest and prosecute violators of the Twitter suspension order.

He noted that the commission is just a regulator and not the Police, adding that the NCC has done its own part of instructing telecom operators to disconnect Twitter from their networks.

“The NCC is a regulator. It is not within our power to arrest or prosecute. Based on our statement, we limited ourselves based on the order given to us by the government, which was to instruct the operators to disconnect, which was what we did. So, the other aspects are not within our purview,” he said.