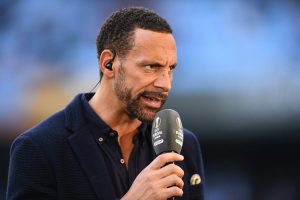 A brilliant performance from Pep Guardiola’s side ended PSG’s hope of lifting the coveted trophy with a 2-0 win, sacking the league 1 club on 4-1 aggregate. Reacting to player’s performances and overall drama at the Etihad Stadium last night, Ferdinand concluded that Foden at the moment is the best young player in the world of football.

Naija News understands that City sealed their victory into the final of the Champions League for the first time in their history after a goal from Algerian international, Riyad Mahrez.

Another set up from Foden had Mahrez scored his second goal for the night, a development coming after Foden himself had a miss, hitting the post in the second half.

Ferdinand after watching PSG going home last night believed Foden is playing better than any of his contemporaries around the world, rating him above Kylian Mbappe and Borussia Dortmund striker Erling Haaland.

He said: “At the moment I would say Phil Foden is the best young player in form, in the world right now,” the United legend told BT Sport.

“Mbappe didn’t play today, Haaland hasn’t played at this level. I’m not saying Foden’s the best player but at the moment, right now he’s the most in-form.

“It feels like he’s unfazed at this level, semi-final of the Champions League and he’s come in here making match-defining moments and he’s 20-years-old.”