Harry Kane will STAY at Tottenham this summer, believes Harry Redknapp, who warned him the grass may not be greener if he does leave.

It has been reported Kane is ready to leave the club he’s been with since he was a boy if they fail to qualify for next season’s Champions League. Spurs are currently seventh and five points off fourth place.

Although he’s one of the world’s best players, the 27-year-old still has no major trophies to show for his efforts during his career.

This has led to calls for Kane to leave Spurs, with Betfair putting Manchester City and Manchester United, who Spurs play on Sunday, as his two most likely destinations this summer.

The likes of Chelsea and Real Madrid are also outsiders, as are Paris Saint-Germain, which would see Kane reunite with former manager Mauricio Pochettino.

You can even get odds on Kane doing the unthinkable and joining north London rivals Arsenal, who he briefly played for as a child before being scouted by Spurs.

Harry Kane's next club odds if he leaves Tottenham 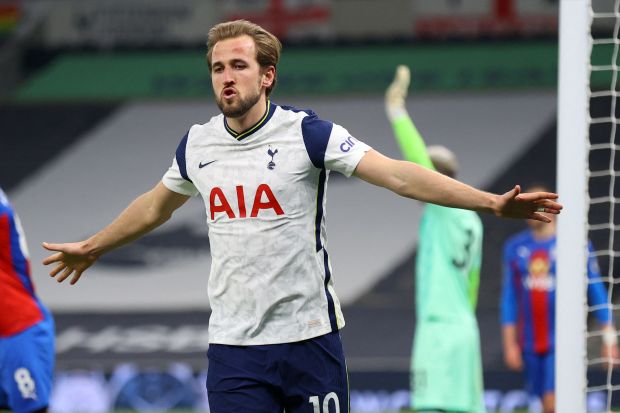 *Odds according to Betfair

However, Redknapp has warned Kane that leaving Tottenham does not guarantee success, adding that Man City would be the only Premier League club that could be relied on to qualify for the Champions League every season.

Redknapp told talkSPORT: “He is the leader of the club. For me, the best centre forward of his type in the world. He’s a complete all-round professional, fantastic guy. If he leaves, I don’t know. He’s irreplaceable for sure.

“A year ago I said he’d never leave Tottenham. His life is great, all the money he ever needs, he’s a family man and all of his family are settled, it’s a big club, fantastic training ground, fantastic stadium and with a team that I thought would be challenging this year.

“You’d like to think he’d stay and take the club forward. Without him, it would be very difficult for Tottenham to look to be at a top club.

“Where do you go? He wants Champions League football. Unless you go to Man City, you’re not guaranteed it beyond next season… that top four is chopping and changing.”

The former Spurs boss also warned that chairman Daniel Levy won’t let go of the club’s prized asset without a fight, saying the ‘king’s ransom’ will be demanded for any prospective buyers of Kane.

Redknapp added: “He ain’t going to go unless Daniel does a deal that he wants. Make no mistake, Daniel drives the hardest bargain in the world.

“Unless he gets the deal he wants and it suits Tottenham then he won’t go. He’s going to demand the king’s ransom for him. If he doesn’t get the money to rebuild the team then Harry won’t be going anywhere.”

Asked by Weekend Sports Breakfast host and Brentford fan Natalie Sawyer on if Kane will stay, Redknapp joked: “I think he will, unless he goes to Brentford!

“No, but seriously I think he’ll stay.”

Harry Kane has transfer decision to make with Man United and Man City lurking, but winning trophies at Tottenham and being a one-club man would mean more

Erling Haaland transfer, Harry Kane contract, and defensive signings – How Tottenham and Man United can transform in the summer