Kylian Mbappe is the definition of a generational talent.

And his two goals came against one of the most formidable teams in Europe, as PSG beat Bayern Munich 3-2.

Mbappe – at the age of 22 and 80 days – also recently overtook Lionel Messi to become the youngest player to score 25 goals in Europe’s premier club competition.

Ronaldo, who has a record 134 Champions League goals to his name, did not score at all before his 21st birthday and took 27 games to break his duck in the competition proper.

And then there’s his domestic form, with Mbappe becoming the youngest player to reach 100 goals in Ligue 1 following a brace against Lyon last month.

Mbappe, evidently, has plenty of reasons to smile, so it begs the question is there anything the man can’t do?

Andy Goldstein and Jason Cundy were both in agreement on The Sports Bar on talkSPORT, explaining they’d choose Mbappe over his other Golden Shoe rivals.

“I would rather have him than Kane, Haaland and Lewandowski,” Goldstein told the nation. 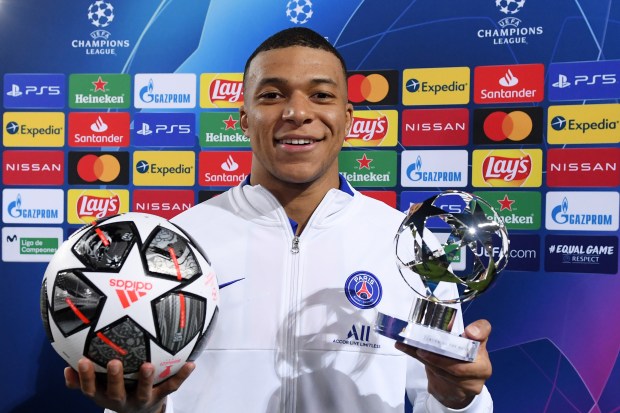 Kylian Mbappe just continues to get better and better. At the tender age of just 22 he has already recorded some mightily impressive stats and broken some elite records…

8 – Kylian Mbappé has scored eight goals in this season’s UEFA Champions League, the joint-most by a French player in a single campaign in the competition, moving level with Wissam Ben Yedder in 2017-18 and David Trezeguet in 2001-02.

8 – Mbappe also has the joint-most tally of goals scored by a French player in a single Champions League season.

5 – First player to score a total of five away goals in the round of 16 and quarter-final phase of the Champions League in the same season.

8 – Goals in as many appearances for the Ligue 1 giants in the Champions League this season.

“He’s a beast, his finishing is incredible, defenders bounce off him… what a player he is.”

Cundy said in response: “People talk about Neymar, but for me [Mbappe] is miles ahead. He’s just an awesome player.”

“When he gets it he just runs at the goal. He’s got great feet, he reminds me a lot of Thierry Henry the way he plays.

“He drifts into wide areas, gets the ball and then he goes at the goal. He’s direct and he’s so quick as well.” 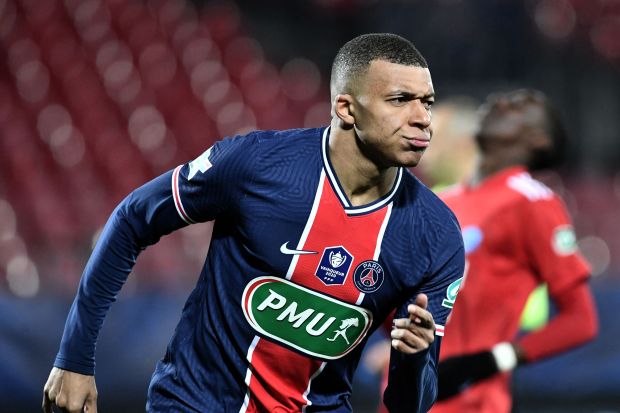 Kylian Mbappe has already got a vast amount of domestic silverware to his name, while he became a World Cup winner at just the age of 19.