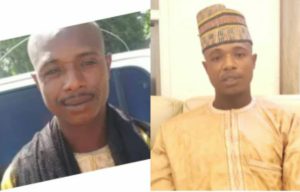 The Zamfara State Government has confirmed the killing of a notorious bandit leader, Auwalun Daudawa, who swore never to return to banditry.

When contacted by Daily Post, the state Commissioner for Security and Home Affairs, Hon. Mohammed Abubakar Dauran confirmed the incident.

He stated that it was not the military or the security operatives that killed Daudawa but a rival bandit gang.

The Commissioner claimed the bandit killed himself as nobody can betray God and escape judgment, saying the criminal shouldn’t have sworn with the holy Quaran in the first place.

“Since he knew right in his mind that he was not repenting sincerely, he shouldn’t have sworn with the holy Quaran because it has its own repercussions,” he said.

It will be recalled that the bandits’ leader who earlier claimed he has repented only returned to the forest to pick up arms again about four days ago.

Sources quoted in the report narrated that Daudawa was killed while leading his men on a revenge attack on boys loyal to another bandit called Ballolo.

It was further gathered that the fight between the Daudawa and Ballolo camps was caused by disagreements over livestock.

The Ballolo boys reportedly attempted to rustle their cattle, which resulted in the killing of two of Daudawa’s gang members which Daudawa vowed to retaliate.

It was during the retaliation that Daudawa was killed by one of the bullets of Ballolo’s boys.