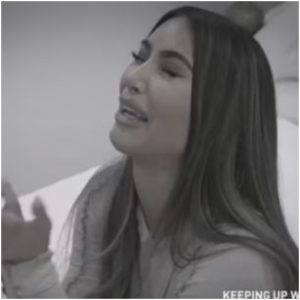 American reality TV Star, Kim Kardashian, has labelled herself “a failure” and a loser following the crash of her third marriage to Kanye West.

Kim, 40, was previously married to Damon Thomas and Kris Humpries before marrying Kanye West, with whom she shares 4 kids.

Speaking on the latest episode of Keeping Up With The Kardashians, she said, “He [Kanye West] should have a wife that supports his every move and travels with him and does everything and I can’t.