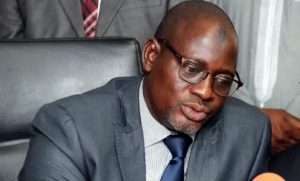 The House of Representatives Committee on Public Accounts has called on the chairman of the Federal Inland Revenue Service (FIRS), Muhammad Nami, to resign immediately if he is unable to discharge his responsibilities.

The committee expressed its displeasure over the FIRS chairman for not responding to the invitation extended to him for a hearing on Wednesday.

However, the committee sent for Muhammad Nami again with a request to appear before it on Thursday, Punch reported.

The House of Representatives has begun an investigation into federal government ministries and agencies over allegations of tax evasion.

The chairman of the FIRS has been invited to appear before the committee to shed more light on why some foreign companies including Indorama Petrochemical, Indorama fertilizer and Petrochemical Ltd, and OIS Indorama Port Limited, have not paid their taxes but he was absent and sent a representation.

The deputy chairman of the committee, Abdullahi Abdulkadir, expressed his displeasure over the absence of the chairman of FIRS at this very important meeting.

The representative of the FIRS chairman, Mr Olusegun Olatunji, apologized to the members of the House of Representatives on behalf of Mr Nami, then attributed the absence of his chairman to the fact that he did not receive the committee’s invitation message early.