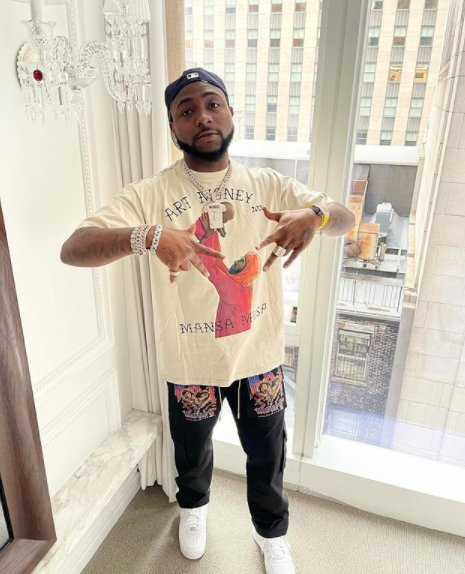 Peruzzi in a recent interview with Nancy Isime shared details of what went down the day he met Davido. He gave a vivid description of how he grabbed Davido’s hand when he was offered a golden handshake.

“When I got to two people before David, I just rose my head up, and then he looked at me and just stretched his hand. Broda, if you see the way I grabbed that hand… Yes! Yes, My Guy!”

However, Davido felt Peruzzi left out a very important detail from that night. He commented “Hand of Favour” under the clip of  Peruzzi’s interview. Davido also reposted the clip on his insta story with the same caption ” Hand of  Favour”, clearly reminding Peruzzi of what he omitted from his interview. 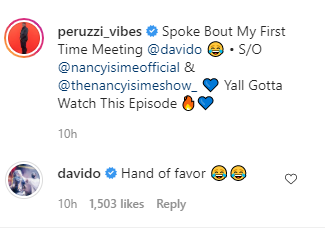 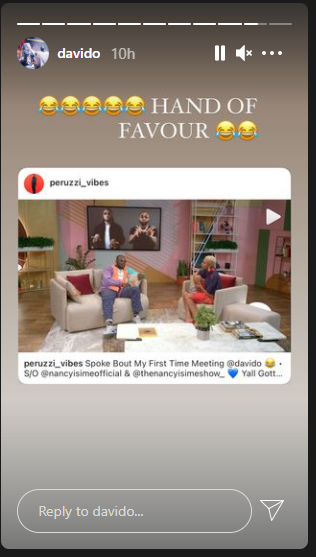