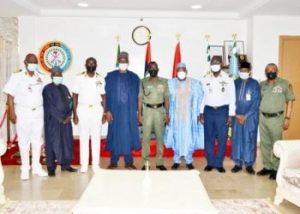 The Governor of Kano State, Abdullahi Ganduje on Thursday visited service chiefs over the security challenges across the country.

Naija News had earlier reported that the Kano State Governor raised an alarm that armed bandits have taken over forests in the state where they may be planning to carry out attacks.

Speaking at the Defence Headquarters on Thursday, Ganduje said the bandits are grouping in Falgore forest, even as his government is working hard to open up the forests.

While meeting with the Chief of Army Staff, Major General Farouk Yahaya, Ganduje pleaded with the Nigerian Army to hasten work training Depot at the Falgore forest so that the military can take over the forest. 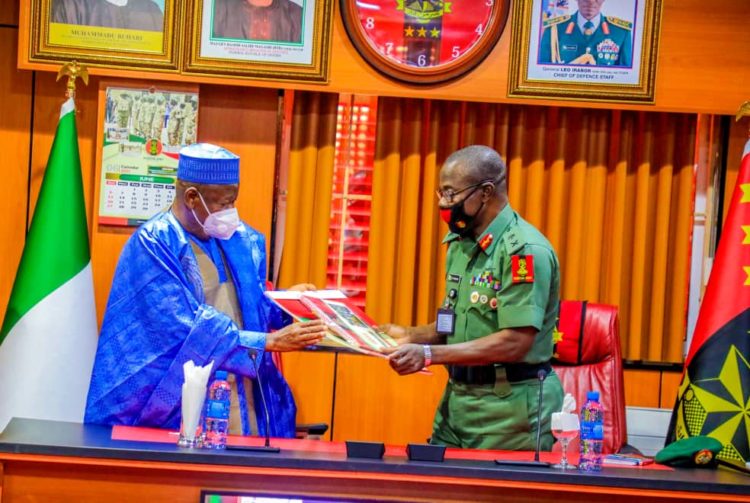 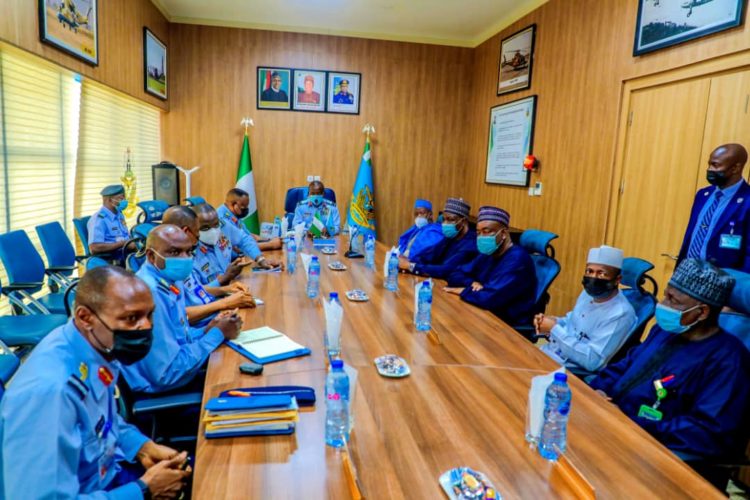 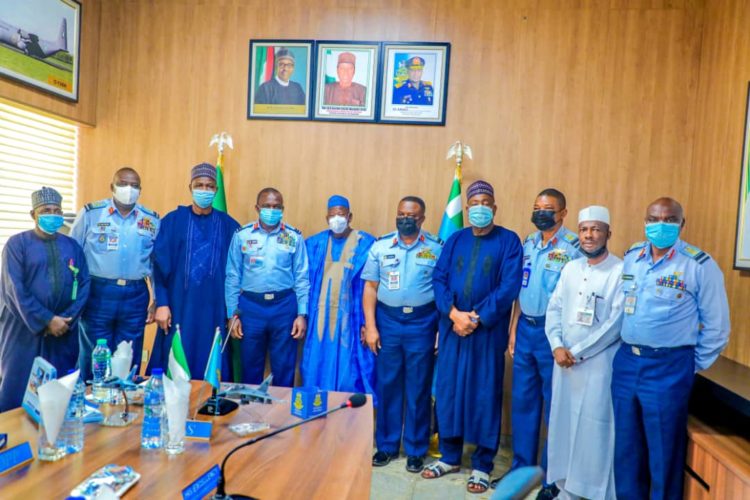 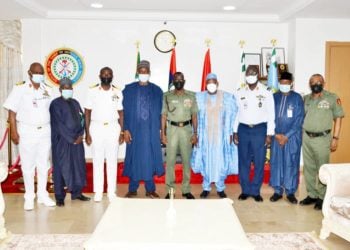 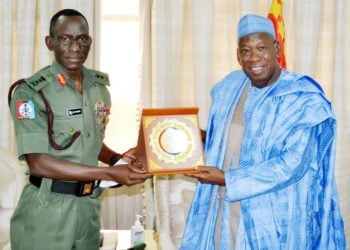 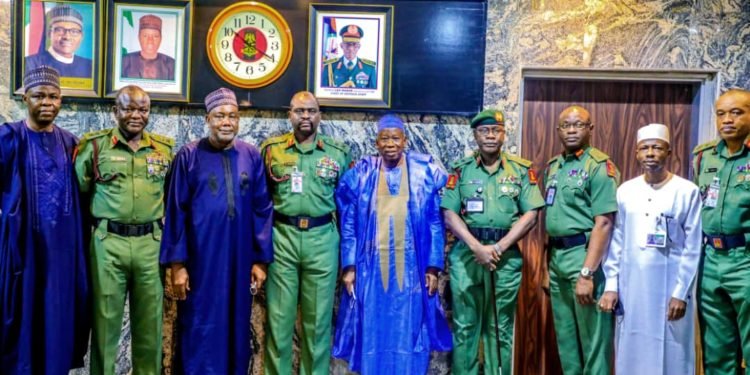 Insecurity: Service Chiefs To Appear Before Senate On Thursday