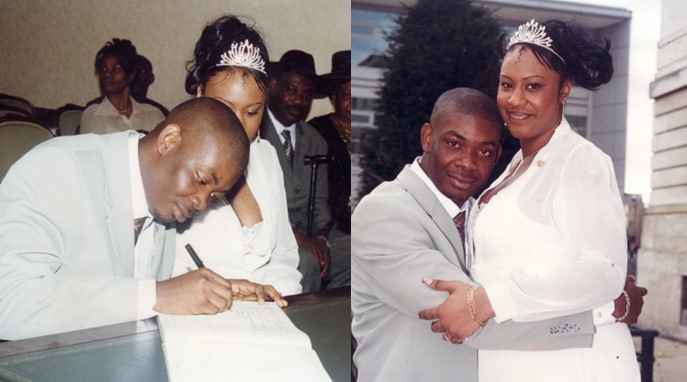 Don Jazzy’s ex-wife, Michelle Jackson has finally reacted to the controversial news of her marriage to Don Jazzy.

“Thank you so very much for the intense ? you have shown me, along with your beautiful messages, my inbox is flooded right now, and my heart is full I appreciate you.

Thank you also to my wonderful friends and family who have been loyal all these years.

Last but not least thank you @donjazzy for your kind expressions and to the rest of my extended family for keeping me under your wing and loving me just the same.

Have a Blessed Sunday
One love”

You would recall Don Jazzy revealed he got married at the age of 22 to the model and writer, Michelle Jackson. He also talked about his divorce 2 years later after he chose his career over his marriage. We also reported how Nigerians stormed Michelle’s page to flood her with messages and also demand for Don Jazzy’s alleged son from her.

The post Don Jazzy’s Ex-wife, Michelle Finally Reacts To News Of Her Marriage To Him appeared first on tooXclusive.

Inside life!! Man shares his chat with wife’s lover after confronting him over affair with his wife