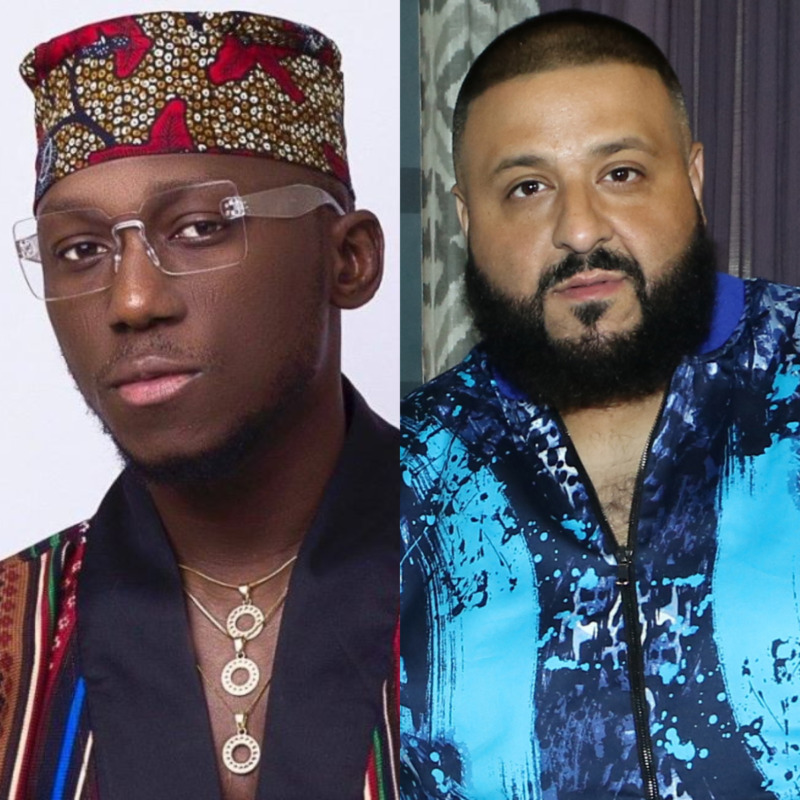 DJ Spinall took to the popular microblogging site, Twitter to blast African artists. According to him, African artists would rather work with popular American DJ, Khaled than their own DJs.

He raised alarm over the rate of ass-kissing by African artists in connection to DJ Khaled. In his now-deleted tweet, he noted that these artists will never do the same or support DJs in their countries, but are fully prepared to go all out for Foreign Artists, Producers, and DJs.

“The Amount of African artists on Khaled’s dick is amazing… They love to see it from afar but would never ride for the DJs in their territory. Fuck Boys!” 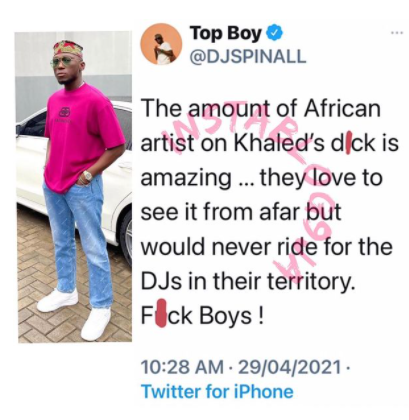 Davido Becomes The Most Followed African Artist On Instagram

Six African Heads Of State Who Have Succeed Their Parents