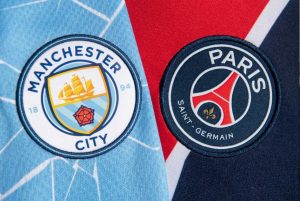 PSG had taken the lead into half time but Pep Guardiola’s City fought back in the second half, dominating the game and eventually turning the match around.

Things got worse for PSG when midfielder Idrissa Gana Gueye was sent off in the 77th minute of the game.

The win with two away goals was a vital win for City but PSG are not out of the competition as they have a fighting chance when the two clubs meet again next Tuesday for the second leg in Manchester.