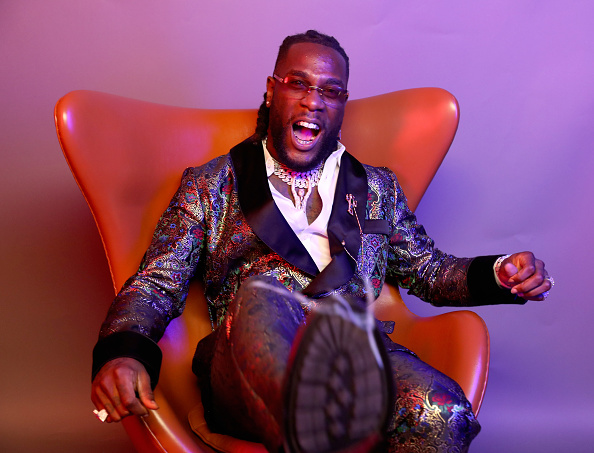 It’s another win for the Grammy award-winner as his 2018  mega-hit, ‘Ye’ bags a Gold certification from RIAA three years after its release.

According to the Recording Industry Association of America (RIAA), A single or an album gets Gold certified in the USA after selling over 500,000 units. 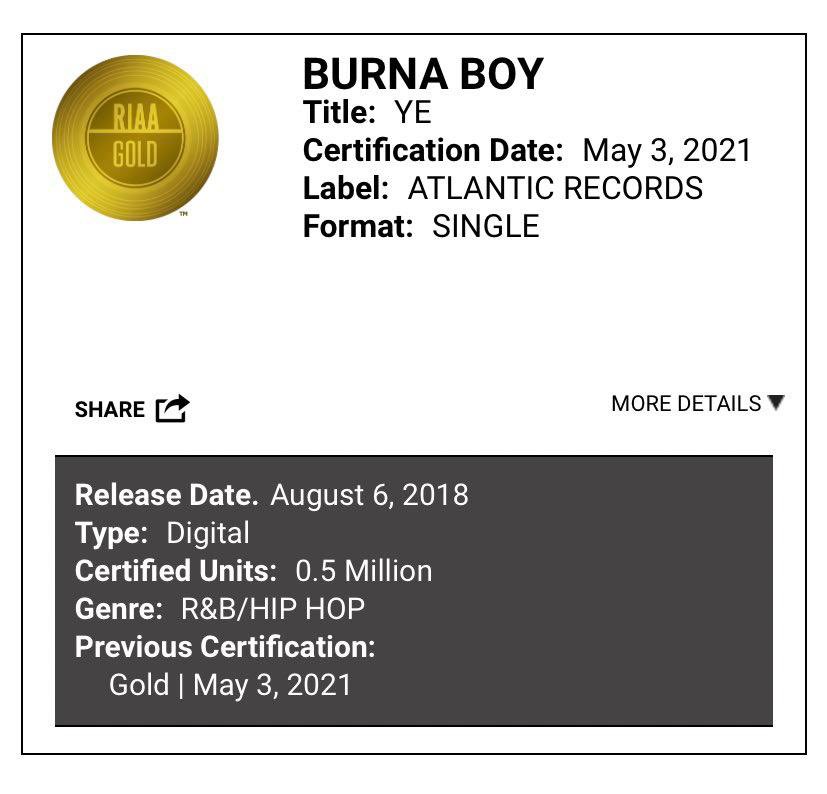 This piece of exciting news is coming a few days after his 2018 smash hit, ‘On the low’ surpassed 200 million views on the popular video streaming site, Youtube.

Burna Boy took to Twitter to share a photo of the Gold certification and also make an official announcement.  In his own words, he wrote:

The post Burna Boy Celebrates As ‘Ye’ Gets Certified Gold In The US appeared first on tooXclusive.

Adekunle Gold Celebrates Simi’s Birthday With The Most Adorable Message

“I Only Cry When I Think Of Gambo” – Burna Boy