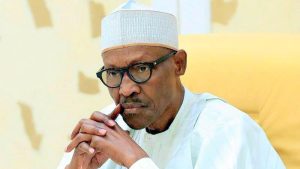 Nigeria President Muhammadu Buhari has stepped down as the chairman of the Niger Basin Authority.

This was revealed in a communique issued by the president on Thursday through his Special Adviser on Media and Publicity, Femi Adesina.

Speaking in Abuja today during a virtual 12th Summit of Heads of State and Government of the Niger Basin Authority, the Nigerian President urged the leaders to continue to give supporting efforts at developing the Niger Basin in the fight against pollution and the degradation of ecosystems

Buhari also called for international support to ramp up development efforts in the Niger Basin area which is evidently a place of abode to more than 160 million people who depend on the River for their livelihoods.

As outgoing Chairman of the NBA Leaders’ Summit, Buhari gave an account of his five-year term leading the organisation.

It added: ‘‘It is, therefore, necessary to continue to promote its enormous potential for the benefit of our people, and to improve the socio-economic development of the region.’’

The Nigerian President thanked the Technical and Financial Partners, including the African Development Bank, the Global Environment Fund, the German Financial Cooperation, for identifying with the vision and projects of the authority.

He said ‘‘Excellencies, it has been a privilege to lead this Summit of Heads of State and Government for the past five years, since you all unanimously endorsed me as the Chairman at the 11th Summit held in Cotonou, Benin Republic on 8th January 2016 to lead our common Institution.

‘‘Of the several decisions taken at the Summit, only the decision on funding of the NBA 2016-2024 Operational Plan is yet to be fully implemented. It is pertinent to note that there are some ongoing programmes like support to Ground Water Management in Niger Basin, project II to strengthen NBA and its Member Countries’ technical capacity and human resources for improving transboundary groundwater resource management in the Niger Basin.

“At this Summit, my tenure as the Chairman Summit of Heads of State and Government of our common institution comes to an end as I will hand over to a new Chairman.

“I urge you to extend maximum cooperation to the new Chairman for the continued smooth running of our Institution.”

Meanwhile, the Acting National Leader of Afenifere, Ayo Adebanjo, has alleged that President Muhammadu Buhari does not have respect for the rule of law and human rights.

Naija News reports that Adebanjo made this known on Channels Television on Wednesday while reacting to the President’s recent comment on his experience during the civil war and his threat to those “bent on destroying” Nigeria through “insurrection”.

How To Check 2020 NECO SSCE Results In 6 Easy Steps