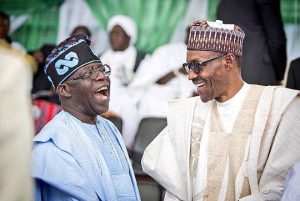 The President of Nigeria, Muhammadu Buhari, will feature alongside former President, Goodluck Jonathan, the National leader of the All Progressives Congress, Bola Tinubu, and others in a documentary produced in commemoration of 2021 Democracy Day holding on Saturday.

The one-hour documentary will be titled, ‘Nigeria: Consolidating democracy and national unity’.

The development was disclosed by the Senior Special Assistant to the President on Media and Publicity, Garba Shehu, in a statement titled ‘Celebrating Democracy Day, 2021.’

Shehu noted that the statement would be aired on the Nigerian Television Authority and Channels TV networks on Saturday from 8pm to 9pm; while Television Continental will air it on Sunday from 4.30pm to 5.30pm.

The statement read, “The film features President Muhammadu Buhari and dignitaries who were central to the annulled June 12 election and the events that followed, including General Abdulsalam Abubakar, Asiwaju Bola Tinubu, Kola Abiola, Hafsat Abiola-Costello and Mohammed Fawehinmi, son of legal luminary, Chief Gani Fawehinmi who along with Amb. Babagana Kingibe, was also recognized with a Grand Commander of the Order of the Niger national honour.

The documentary will contain sections dedicated to the annulled 1993 elections and the evolution of Nigeria’s democracy and continuing quest for its consolidation and national unity from Independence in 1960.

Jonathan Reacts To Death Of COAS Attahiru, Others

APC: Why I Snubbed Meeting With Tinubu, Akande, Others – Fayemi