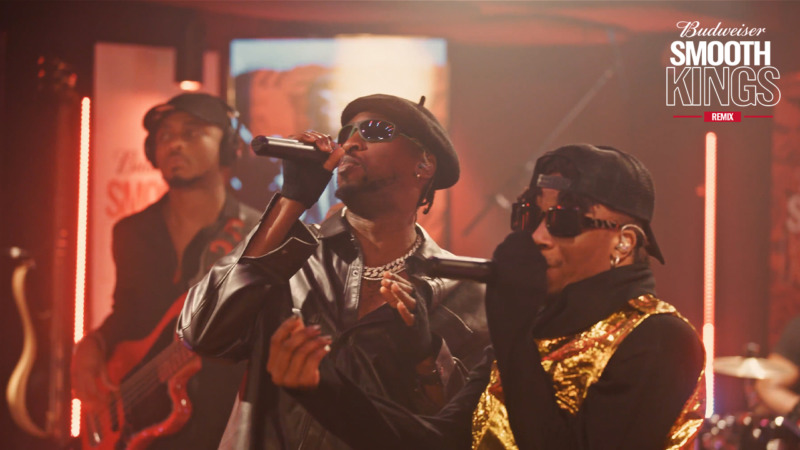 Well, as we already know, week 2 will run exactly as week 1 did, the only difference is that the guests for the week are a new set of artists and this time, Budweiser brings to you one of the new age music acts, Ikuforiji Olaitan Abdulrahman, also known as Oxlade and, the “You Garrit” crooner, Esegine Orezi Allen, popularly known as Orezi.

Orezi talks about how he launched himself into the Nigerian music scene with the song “I No Fit Lie” which was he released back in the year 2012, while Oxlade reveals to us that his development as an artist was a gradual one. “It took me 3 years to have that song “Oxygen”.

The time for their assigned tasks comes, and the duo is in the studio to get things started. Aided by ace music producer, ‘Gospel On The Beat’, who already prepared the beat just as it was in the original version of the song, the duo gets to work.

Gospel tells them how excited he is to have them in the studio with him, and also proposed how he thinks they should proceed about bringing the remix of the early 2000 hit track “Raise The Roof” by Jazzman Olofin Featuring Adewale Ayuba to life.

In between, the artists talk about Gospel’s amazing job on the beat and are elated to be a part of the project.

The artists are ready for their live performance, so they select outfits that perfectly suit their individual styles and charisma.

After a couple of minutes what can best be described as a sensational live performance, Oxlade and Orezi did not only raise but brought down the entire building.

Next, Mike Edward is joined by the legendry Jazzman Olofin, the original owner of the song “Raise The Roof” which was performed, and Mike asked to know how he felt about the performance.

What do you think about today’s performance?

I think it was good. Orezi and Oxlade did a wonderful job along with the band. They did a mix of soul, pop, Jazz, Rn B, Afro-pop altogether, and it was fantastic.