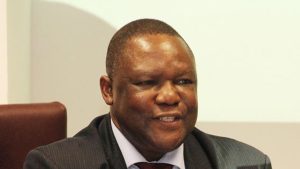 A former presidential candidate, Obadiah Mailafia, on Friday said Nigeria has already broken up spiritually and if steps are not taken the country will break up physically soon.

The former Deputy Governor of the Central Bank of Nigeria stated this during an interview with Punch.

He further stated that there is no need to argue that the country has been a failed state for over five years.

There had been calls for the Yoruba Nation in the southwest and the Biafra Republic in the South-East.

Some of the secessionists have cited the growing insecurity, a worsening economy, discrimination, ethnic prejudice, lack of justice, fairness and equity, especially in the distribution of resources, appointments into high government offices, amongst others, as reasons for wanting a nation of their own.

“Talk to any Nigerian. Do Nigerians feel that they are part of the same country right now? We have become strangers to each other.

“It is just like marriages. People start fighting each other and the other one doesn’t see anything good in the other. The divorce only comes much later but, in the spirit, you would have divorced a long time ago before the ramshackle marriage ends up in the court where they sign papers for divorce.”

In a related development, Mailafia had revealed President Buhari’s scorecard on security, economy and corruption fight.

The statesman who spoke on Friday while featuring on a PUNCH Live interview programme, said the All Progressive Congress (APC) government led by Buhari has failed woefully in managing the nation’s economy, fight against security threat and fight against corruption.

Jude Bellingham is a ‘machine’ at 17 like Wayne Rooney, is already Borussia Dortmund’s best midfielder and could star for England at Euro 2020