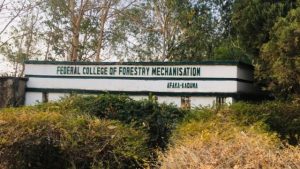 The Kaduna State Government has confirmed the release of five of the 39 kidnapped students of the Federal College of Forestry Mechanization, Afaka, Kaduna State.

In a statement on Monday released by the Commissioner for Internal Security and Home Affairs, Samuel Aruwan, the five students regained their freedom after 25 days in captivity.

The commissioner added that the five students were recovered by troops of the Nigerian Army on Monday afternoon.

Aruwan said the released students were undergoing a thorough medical check-up at a military facility.

He said: “The Nigerian military has informed the Kaduna State Government that five of the many kidnapped students of the Federal College of Forestry Mechanization, Afaka, Kaduna were recovered this afternoon and are presently in a military facility where they are undergoing a thorough medical check-up.

“The Kaduna State Government will provide updates on further operational feedback to be received on this case.”

Meanwhile, parents of the students kidnapped from the school have on Monday vowed to negotiate with bandits to secure the release of the children.

The parents made this known while speaking at a press briefing in Kaduna on Monday.