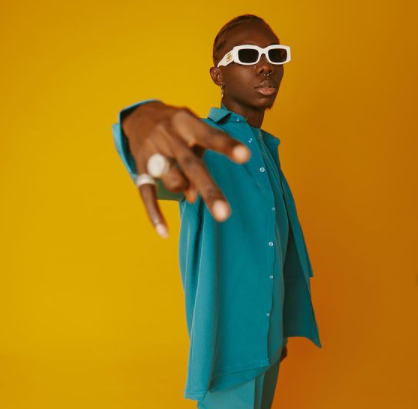 Popular Nigerian Rapper, Blaqbonez has added a new whip to his garage.

The self-proclaimed best rapper in Africa took to Instagram to share the exciting news with fellow celebrities and fans. According to him, he acquired a Mercedes Benz to celebrate his album becoming the number one in the country and three of his songs topping the music charts. In his own words, he wrote:

This piece of exciting news is coming hours after Blaqbonez went on social media to plead with the Grammy Award winner, Burna Boy to let him shine.

to let him shine.

“I Only Cry When I Think Of Gambo” – Burna Boy