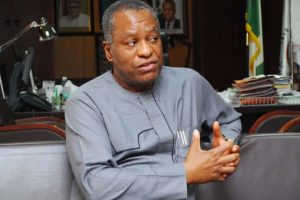 The Minister of Foreign Affairs, Geoffrey Onyeama, has said that ambassadorial appointments are based on merit and track records.

Speaking on Sunday at a send-off dinner in honour of Nigeria’s ambassador-designate to Qatar, Yakubu Ahmed, Onyeama said persons appointed as ambassadors must have a proven track record, experience, and professionalism in foreign service.

The minister noted that the appointments of Ahmed, outgoing director of protocol (DOP) at the State House, and other career ambassadors were based on the need to post dedicated and keen foreign service practitioners to serve as image-makers of the country.

He said Ahmed is going to head a very important mission in one of the richest countries in the world, hence the need for his appointment.

“Ambassador Yakubu Ahmed is a dedicated professional with a penchant for rigour and detail. He is very capable and one of the best in the Ministry of Foreign Affairs. He is personable, affable, extremely friendly, dispassionate and objective,” Onyeama was quoted to have said in a statement by Abiodun Oladunjoye, the ministry’s spokesperson.

“He is going to head a very important mission, a very important country, reckoned to be one of the richest countries in the world per capita, and there’s a lot we will be doing with the State of Qatar.

“It is a weighty and strategic country and very strategic in that part of the world, and we are putting our best feet forward to advance the interest of our country economically and in other areas.”

On his part, the ambassador-designate appreciated President Muhammadu Buhari for the honour given to him to represent Nigeria in Doha, Qatar, while pledging to deploy his skills to improve existing cordial relationship between the two countries.