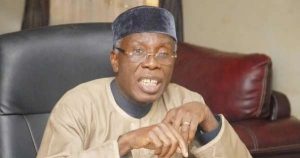 The pan-Northern sociopolitical organisation, Arewa Consultative Forum, has berated the Presidency for claiming that some leaders were plotting to overthrow President Muhammadu Buhari.

Naija News had reported that the Presidency had vowed to deal with any group plotting to overthrow the Buhari-led federal government.

In a statement on Tuesday by the presidential spokesman, Femi Adesina, the Presidency said that any group making such plans will be dealt with even if some unruly feathers would be ruffled in the process.

The presidency disclosed that some disgruntled religious, past political leaders and their foreign elements were working hard to undermine the sovereignty and corporate existence of the country.

The statement said the Presidency said was giving further insights into a recent claim by the Department of State Services that some people were planning to undermine the government and the nation’s sovereignty.

But in an interview, on Tuesday, ACF spokesman, Emmanuel Yawe, slammed the Presidency for claiming that some leaders want to overthrow Buhari.

He also berated the Presidency for calling all perceived critics of the Buhari administration disgruntled elements and saboteurs.

Yawe, however, noted that the Presidency’s penchant for always viewing critics of Buhari with “dark motives” was wrong.

He said: “The Presidency must be broad-minded enough to accommodate all shades of opinions.

“The criticism is done in good faith and if acted upon will help improve the situation in the country. It is wrong to see all critics as disgruntled, religious, and past political leaders with dark motives. Some of them mean well for the government and the country.”