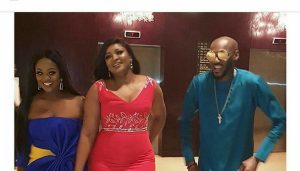 Some entertainment stars have been offered free tickets to run for any elective office of their choice in the 2023 general elections.

The National Chairman of the African Democratic Congress (ADC), Ralph Okey Nwosu, made the offer on Wednesday in Abuja.

Speaking on the reason for the choice of the celebrities to run on the platform of the party, Nwosu noted that entertainment stars have given back to the country more than today’s elected politicians.

He added that the stars can vie for governorship, Senatorial, or even the highest office in the land on the ADC platform provided they meet the requirements stipulated in the 1999 constitution (as amended) as well as the Independent National Electoral Commission, INEC guidelines.

The party praised Musa for recently signing up to play for the local side, Kano Pillars after many years in Europe and the Middle East.

Omotola Jalade Finally Speaks On Having An Affair With Adams Oshiomole

Jon Jones is looking like a beast, but stubborn UFC boss Dana White has offered Derrick Lewis next shot at Francis Ngannou

Premier League free bets: Get £50 free bets when you bet a tenner with Betfair